On Monday, 18.02.2019, I attended the meeting of the Youth Affairs Advisory Council (CCPT) at the Ministry of Youth and Sport (MTS). Before attending this meeting, I tabled the request to initiate the public debate process on the 10 methodologies proposed by MTS. Our reasons briefly targeted the following:

As a result, our request concerned two aspects:

Minuta meeting in which MTS is organising the public debate

After a week of waiting, yesterday I received the minutes of the meeting from 18.02.2019 where we discussed with the MTS representatives about the need for public debate. The minuta does not render all the ministry's resistance to this process. Only the negative interventions of secretary of State Remus Munteanu and his cabinet director Ştefania Cojocariu were drafted. Miraculously, those of the minister-perhaps the most vehemently against the debate-were omitted. But we have enough evidence to show the difficulty of determining the representatives of the MTS to initiate an open debate process. At the meeting, this topic was approached 4 times, and the answers were as follows:

After long insistence, the positive intentions began to emerge:

The end of the minuta transmitted by MTS is as follows:

Finally, Secretary of State Remus Munteanu thanked those present for participation and expressed hope in future meetings, setting the date for the next ccpt. There have been several opinions about the form in which the public debate will take place on methodologies, social inclusion and the law of young people.

MTS changes his mind and writes that he rejects the request

On 26 February 2019, on the eve of the International NGO Day and seven days after the CCPT meeting in which they decided to accept our request and that they would organise the public debate, MTS responds. Outraged that we appreciated the days that they offered us to analyze and formulate opinions and proposals for 10 (ten) methodologies, MTS gives us an "example of professionalism" by allocating a week to formulate 20 rows. The address is signed by Minister Constantin-Bogdan MATEI and communicates the institutional response, but, however, omitting it to legally base it. In a deeply discretionary manner, MTS chooses to only partially respond to our application as follows:

We are deeply distressed that the youth ministry is affected by an enormous setdown. If in the contents of the 2016-2018 agendas we found both consultations and debates, the year 2019 takes us 30 years back:

Our grief is strengthened also by the context of Romania's exercise of the Presidency at the Council of the European Union, especially since the description of the Romanian presidency programme at the Council of the EU 2019-the youth component begins as follows: Romanian presidency The Council of the European Union will aim to contribute to increasing the quality of the dialogue between public and young authorities at all levels (local, regional, national and European), by promoting the active participation of young people in Union action European Union, including young people from disadvantaged economic environments. We find with disappointment the ease with which we promote abroad principles that we, inside, violate! 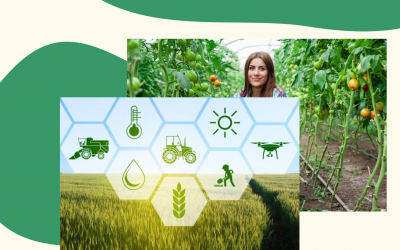